Visit of Laurent Fabius to the United Arab Emirates [fr]

On 14th and 15th January 2020, the president of the French Constitutional Council and former Prime Minister and Minister of foreign affairs, Laurent Fabius, paid a visit in the United Arab Emirates on the occasion of the Abu Dhabi Sustainability Week

The visit of Laurent Fabius, who chaired the COP21 in December 2015, took place in the framework of the World Future Energy Summit (WFES) and the Abu Dhabi Sustainable Finance Forum.

Laurent Fabius intervened at the World Future Energy Summit during a ministerial round table dedicated to the implementation of the Paris agreement : "Before it’s too late : Meeting the Paris agreement". HE. Dr. Al Zeyoudi, Minister of Climate Change and Environement also took part in the discussion. 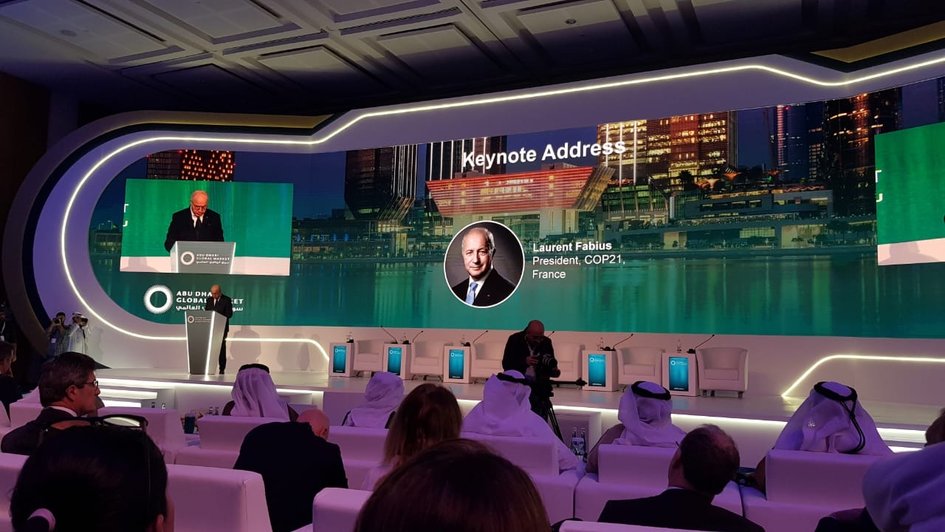 Bilateral meetings : highlighting the common priority of France and the United Arab Emirates on the fight against global warming

On the sidelines of his participation at the WFES and the Abu Dhabi Sustainable Finance Forum, Laurent Fabius discussed with senior members of the Emirati government. He met with :

Mr. Mubarak Al Nakhi, Undersecretary of the Ministry of Culture and Knowledge Development. 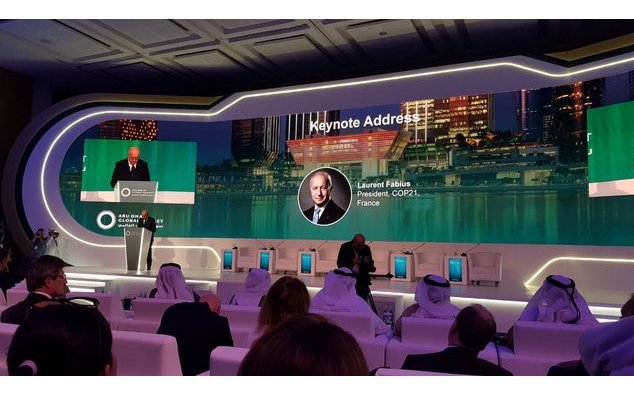 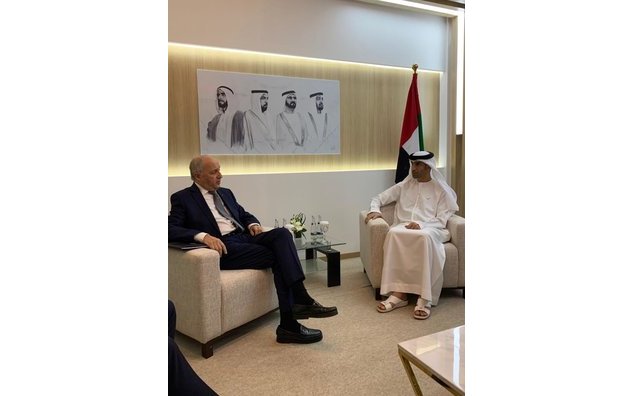 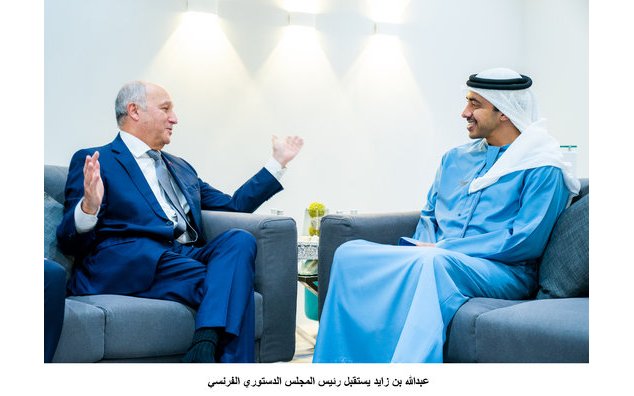 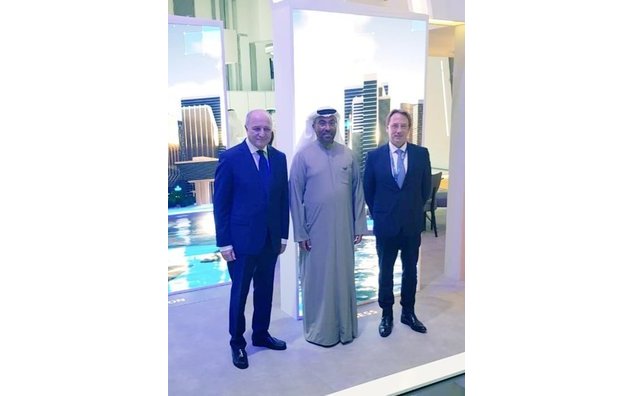 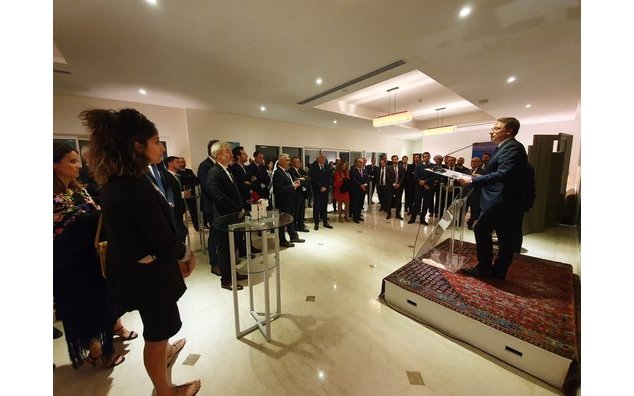 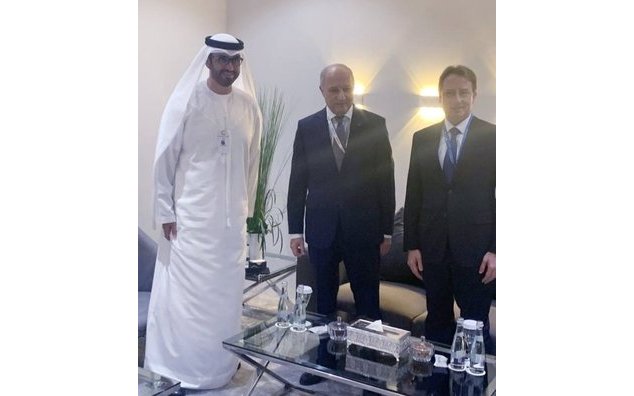 These meetings between the president of the French Constitutional Council and the Emirati officials gave numerous opportunities to highlight the cooperation and the joint efforts of France and the United Arab Emirates towards the protection of the environment and sustainable development.

In October 2019, the two Ministers of foreign affairs ministers endorsed a letter of intent for an Emirati – French partnership on the 17 Sustainable Development Goals of the UN 2030 Agenda, recognizing the common priority given to fighting climate change.

The visit of Laurent Fabius concluded with a reception in the French Residency dedicated to the celebration of the third anniversary of the "French Efficiency – Clean Energy" and of the victory of the French NGO “Electriciens sans frontières” winning the Zayed Sustainability Prize in the energy category. 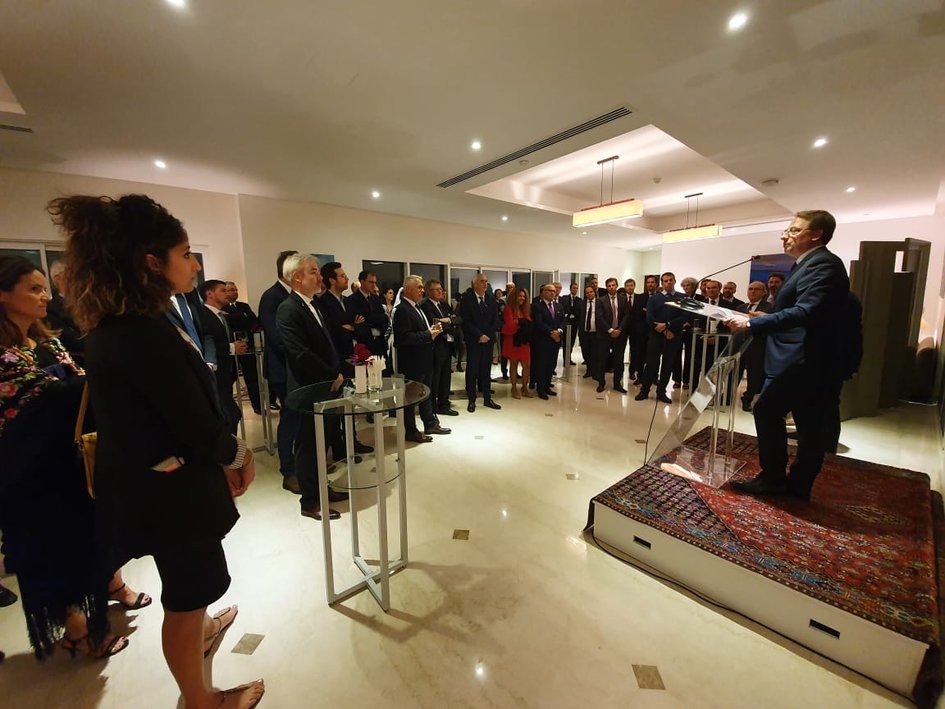