A delegation from the UAE Space Agency has taken part in a series of meetings and workshops at the French Space Agency (CNES), as a part of the development of an international Space Climate Observatory (SCO)

The SCO aims to support the monitoring of climate change impacts with data from space, in order to provide decision-makers with the information necessary for the implementation of mitigation measures and the development of new solutions to the challenges posed by climate change.

Led by Dr. Mohammed Al Ahbabi, Director General of the UAE Space Agency, the delegation met its counterparts from the CNES in Paris to discuss the framework and implementation of the SCO initiative. 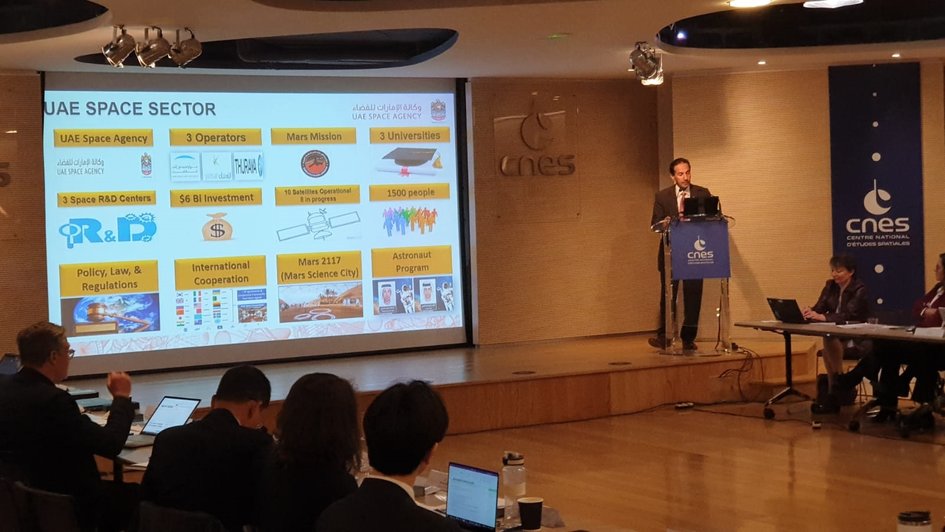 The SCO was endorsed by the French President, Emmanuel Macron, during the One Planet Summit on December 12, 2017. Prior to its official endorsement, the UAE Space Agency joined other international agencies in signing a common declaration called the ‘Paris Declaration towards a Space Climate Observatory’, confirming its interest in participating in the initiative and contributing to the development of the SCO.

"The UAE is engaged in addressing the challenges posed by climate change and considers developing solutions to the issue critical to maintaining national and international economic and social growth," said Dr. Mohammed Al Ahbabi, Director General of the UAE Space Agency. "The space sector and agencies around the world have a significant role to play in contributing to the management of climate change through the provision of timely and accurate scientific data gathered from space."

"We believe that international cooperation and knowledge sharing are essential to tackling climate change, and we are proud to represent one of the two Arab countries invited to participate in the SCO initiative. Our participation is facilitated by the UAE’s advanced remote sensing and Earth observation capabilities, provided by a range of satellites including KhalifaSat, DubaiSat-1, DubaiSat-2 and other smaller satellites designed to monitor specific elements of the Earth and its atmosphere such as CO2 and methane levels," concluded Dr. Al Ahbabi.

Initiated by the French Space Agency, the Space Climate Observatory is being developed to provide States and the international scientific community with all the space data necessary for monitoring the Earth’s environment and climate. The initiative is supported by all European space agencies, as well as other States including the UAE, China, India, Russia, Mexico and Morocco.