Home > News > Culture and education > Total and the French Embassy join forces for young Emiratis to study in (...) 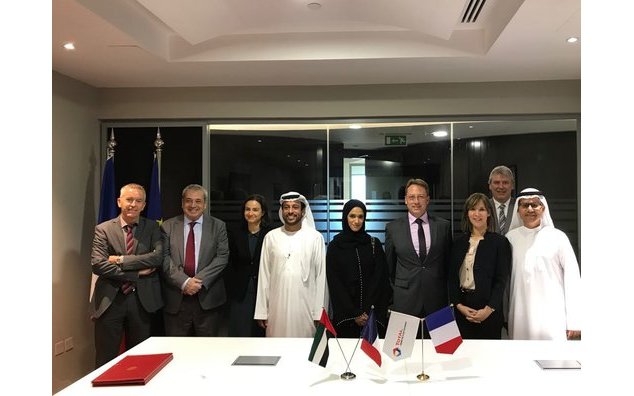 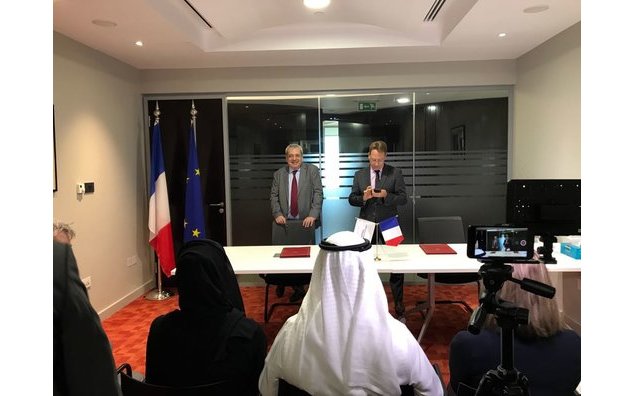 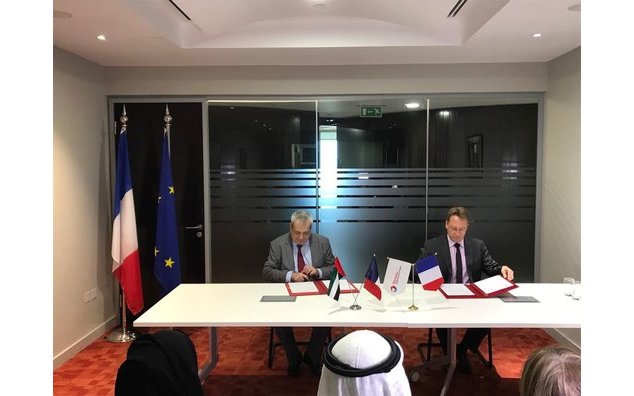 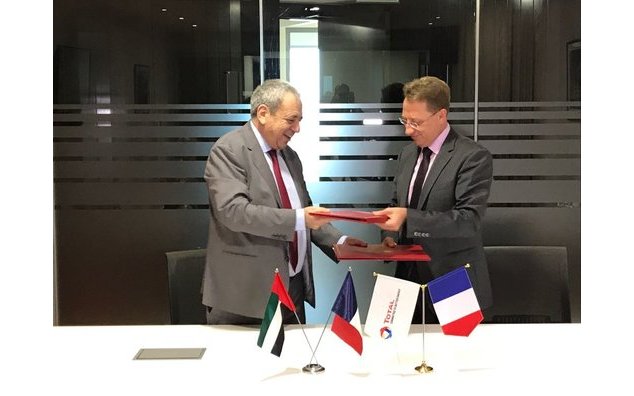 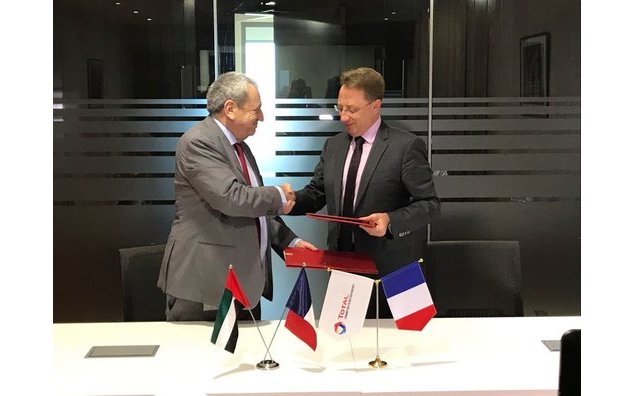 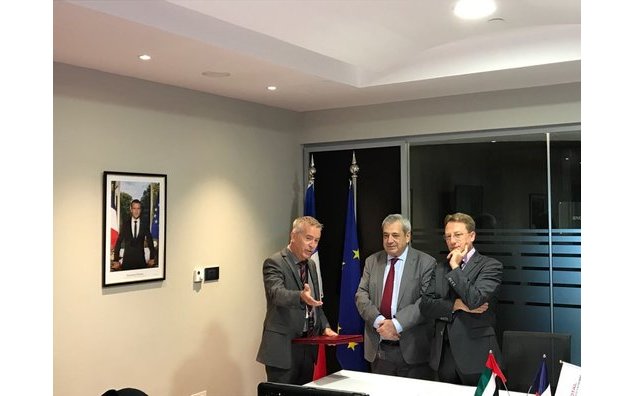 On Sunday October 8th, 2017 Total E&P UAE and the Embassy of France to the UAE signed an agreement in favor of Emirati students who choose to pursue their academic studies in France.

The agreement was signed by His Excellency Mr. Ludovic Pouille, Ambassador of France to the United Arab Emirates and Mr. Hatem Nuseibeh, President of Total E&P UAE, Group Representative of Total in the UAE.

Speaking on this occasion, Mr. Nuseibeh said : “Total has selected this partnership as part of our societal activities and the long-term commitment to education that focuses on valuing young local talent in the country. This also gives us chance to groom further the youth and technicians from the country”.

On his side, Mr. Ludovic Pouille stated that : “The signing of this agreement bears witness to the commitment of the French Embassy to further promote the French academic excellence in the United Arab Emirates. The new knowledge economy demands bold synergies and this successful program spotlights the Embassy’s fruitful partnership with TOTAL E&P UAE. This achievement is therefore a concrete expression of the cutting-edge relationship between France and the United Arab Emirates”.

The Embassy of France to the UAE aims to develop human, cultural and educational exchanges between the French and the Emirati future generations. With the help of major French international groups, this program contributes to France’s attractiveness in the academic field.

Established in 2004, the Total International Scholarship Program is one the pivotal programs of the group’s education system. It allows 120 students each year worldwide to prepare an engineering degree, a master’s degree, a MBA or a doctorate covering all academic fields. This private initiative coincides with the Quai d’Orsay / Entreprise Project from the French Ministry of Foreign Affairs which intends to promote joint funded scholarships. In that sense, the partnership between Total E&P and the Embassy of France strengthens the effectiveness of this shared educational ambition.