The Louvre Abu Dhabi announced on Wednesday 6 September, 2017 that the museum will open its doors to the public on 11 November, 2017

The official announcement has been made during a press conference in Abu Dhabi where the French Minister of Culture, Mrs. Françoise Nyssen, took part, with her Emirati counterpart, H.E. Sheikh Nahyan bin Mubarak Al Nahyan, Minister of Culture and Knowledge Development along with H.E. Mohamed Al Mubarak, Chairman of Abu Dhabi Tourism & Culture Authority (TCA).

Le Louvre Abu Dhabi is the first museum of its kind. Offering a renewed version of universality, it will focus on the common history of humanity and on the dialogue between cultures and civilizations.

The inauguration week will also gather two prestigious events coproduced within the frame of the Emirati-French Cultural Programme.

« When certain forces attack history, detroying masterpieces and taking our cultural heritage in hostage, [this museum] is an essential act : it is a civilization answer to barbarism. France is proud to unite with the United arab emirates in the region, to carry it”. Françoise Nyssen, French minister of culture 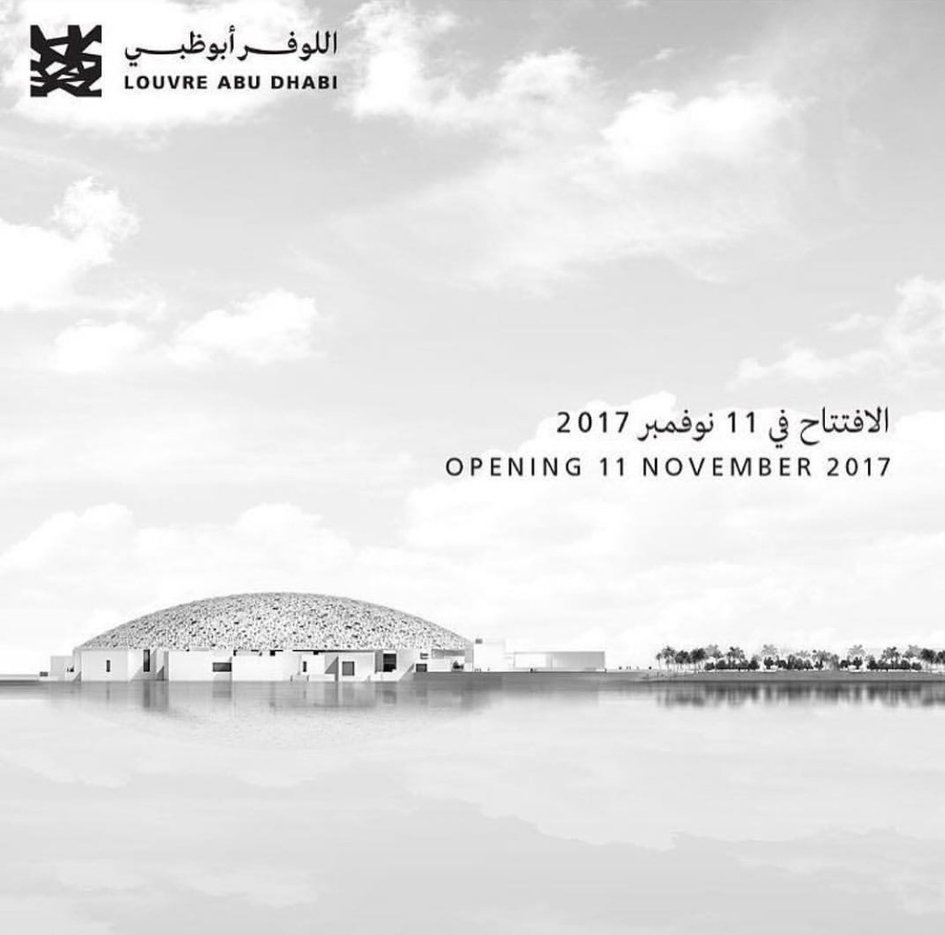