29 June 2021, Abu Dhabi: The 13th session of the UAE-France Strategic Dialogue, co-chaired by HE Khaldoon Khalifa Al Mubarak, Chairman of the Executive Affairs Authority of Abu Dhabi, and HE Francois Delattre,{{}} Secretary-General of the French Ministry for Europe and Foreign Affairs, was hosted virtually on Tuesday 29 June 2021. The meeting followed the directives set out by His Highness Sheikh Mohamed bin Zayed Al Nahyan, Crown Prince of Abu Dhabi and Deputy Supreme Commander of the UAE Armed Forces, and Emmanuel Macron, President of the French Republic. 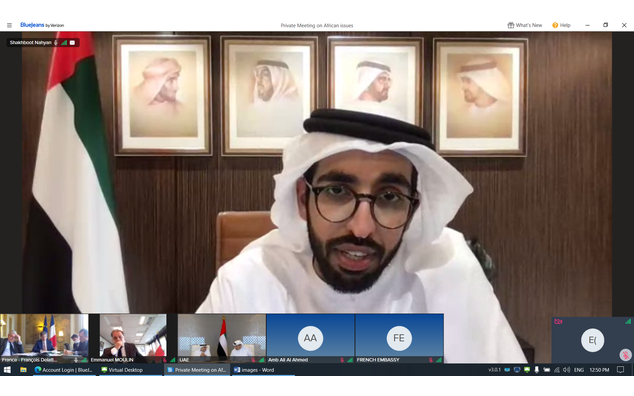 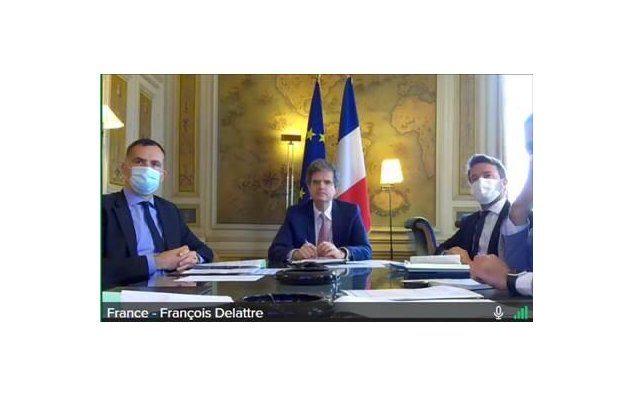 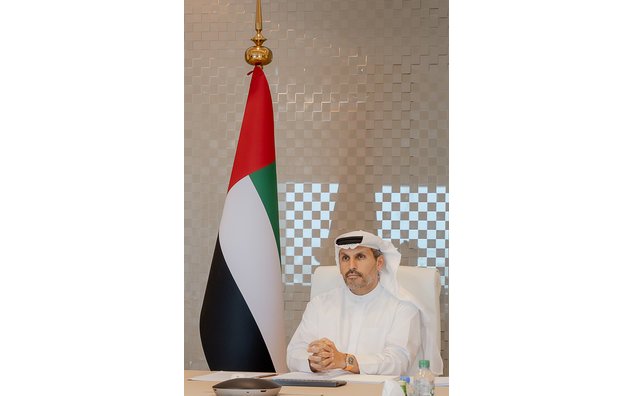 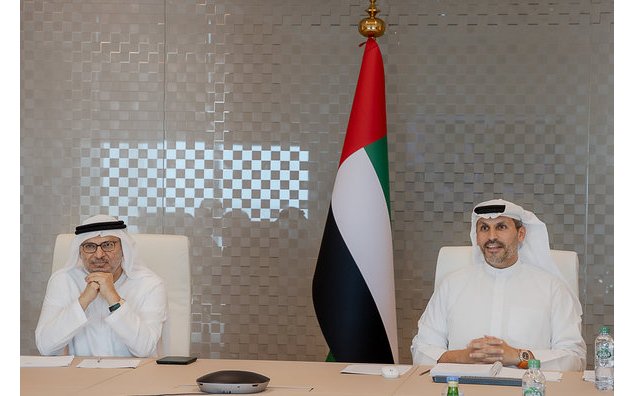 The high-level meeting involved discussions on key sectors of bilateral cooperation, such as economy, trade and investment, oil and gas, hydrogen, nuclear and renewable energy, education, culture, health, artificial intelligence, food security, fintech, intellectual property rights, anti-money laundering and combating the financing of terrorism policies, space, and security. Reflecting on the major achievements of the past decade, such as the Louvre Abu Dhabi, Sorbonne University Abu Dhabi, and the 2009 Joint Defense Agreement, both parties shared an ambition to strengthen bilateral relations and mutual developments by setting out further goals and joint initiatives.

During the session, the UAE and France discussed ways of advancing bilateral cooperation with African partners in the continent, focusing on political, security, economic, cultural, educational, and development sectors. This reflects the high level of confidence and strong convergence of views between the two countries across a range of key issues. It supplements the ambitious 10-year bilateral roadmap of the UAE-France strategic partnership (2020-2030) adopted in June 2020. The two parties also welcomed the announcement of a new co-investment partnership dedicated to Africa between Bpifrance and Mubadala Investment Company.

During the meeting, both parties also discussed additional areas of cooperation such as climate change with the prospect of organizing a One Planet Sovereign Wealth Fund event in the UAE in October 2021 with a specific segment on building climate ambition towards COP26 and beyond. Both parties commended the strong links established with ADGM, at the institutional and company level, which will be further reinforced through two initiatives: in the field of innovation, an agreement was signed with Bpifrance, and in the field of green finance, exchanges on green bonds issuance will be organized. The UAE and France praised the continued efforts to enhance bilateral exchange and cooperation in advanced sciences, space, research and development, and cultural and creative industries.

The parties applauded the milestone achieved in the UAE’s peaceful nuclear energy program, with the commercial operation of the first unit of Barakah Nuclear Energy Plant. The parties expressed their satisfaction with the progress and level of cooperation in the nuclear field, specifically the recent signing of a strategic Maintenance & Engineering Support Agreement between Framatome and the Emirates Nuclear Energy Corporation’s JV subsidiary, Nawah Energy Company. Representatives from the UAE and France discussed ongoing efforts relating to intellectual property rights, and took note of the continued steps taken by UAE authorities to further strengthen the country’s anti-money laundering and counter-financing of terrorism policy framework.

Both countries praised the joint efforts to overcome the Covid–19 pandemic and agreed to enhance their partnership in the health sector through an ambitious scientific and medical cooperation. They also commended the continuous success of the bilateral residency & fellowship program, allowing Emirati doctors to obtain specialization degrees in France. The UAE side also expressed the wish to attract French doctors to pursue a fellowship in the UAE.

Both parties acknowledged the achievements of the partnership in the strategic field of artificial intelligence following the statement of intent, “A Vision for a Digital 21st Century” signed in February 2019 by the French Minister of the Economy and Finance, Bruno Le Maire, and the UAE Minister of State for Artificial Intelligence, HE Omar Al Olama.

In an effort to support educational and knowledge exchange, both parties celebrated the launch of 42 Abu Dhabi in collaboration with école 42 and the official commencement of the first assessment of the candidates in May 2021. The two parties also appreciated the ongoing discussions on the facilitation of establishing branch campuses of French educational institutions and launching new educational programs in collaboration with French partners in the UAE in the fields of gaming, fashion, business and agriculture. In addition, both parties confirmed the ongoing efforts to mutually recognize degrees/diplomas to promote student and workforce mobility. Moreover, in the framework of Franco-Emirati university and scientific cooperation (for capability development, training programs, job and internship placement for UAE nationals, etc.), both parties recognized efforts of French industries in achieving collaboration with UAE higher education institutions. Both parties welcomed the continuous development of francophonie in the UAE, with the extension of the bilateral agreement on the teaching of French language in the Emirati public schools. They also praised the proposed opening of a third branch of Alliance Française in Sharjah. They also welcomed the upcoming signature of an agreement between Institut du Monde Arabe and the Arabic Language Center to collaborate in the promotion of Arabic Language.

In addition, the Strategic Dialogue included a productive discussion on strategic issues of regional and international significance. France reiterated its congratulations to the UAE for its election as a non-permanent member of the Security Council of the United Nations for the 2022-2023 term. This step will allow the two countries to deepen their shared commitment to peace and security by working hand-in-hand on global and regional issues including Africa and the Middle East.

Both sides expressed their anticipation of the UAE’s Golden Jubilee celebrations and the upcoming Expo 2020 Dubai as essential milestones that will further develop the UAE-France partnership.

About the UAE-France Strategic Dialogue

The UAE-France Strategic Dialogue is an annual meeting that aims to strengthen bilateral relations between the two countries, identify opportunities for potential partnership and coordination; and to facilitate ongoing collaboration on individual projects and initiatives.

The meeting discusses key sectors of bilateral cooperation, such as economy, trade and investment, oil and gas, nuclear and renewable energy, education, culture, health, space and security; in addition to other sectors of mutual priority.