Home > News > Embassy’s news > Opening of a representation office of the French space agency (CNES) in the (...)

“Between France and the United Arab Emirates, universe is the limit!”

On 7th October 2018, the Embassy of France to the United Arab Emirates has announced the opening of a representation office of the Centre National d’Etudes Spatiales (CNES), the French space agency in Abu Dhabi. The announcement was made on the occasion of the visit of Mr. Jean-Yves Le Gall, President of the CNES, to the United Arab Emirates, during a ceremony that took place in the “Résidence de France” in Abu Dhabi, in presence of the Minister of State for Higher Education and Advanced Skills, H.E Ahmad Belhoul Al Falasi and the Director General of the UAE Space Agency, H.E. Mohammed Al Ahbabi. 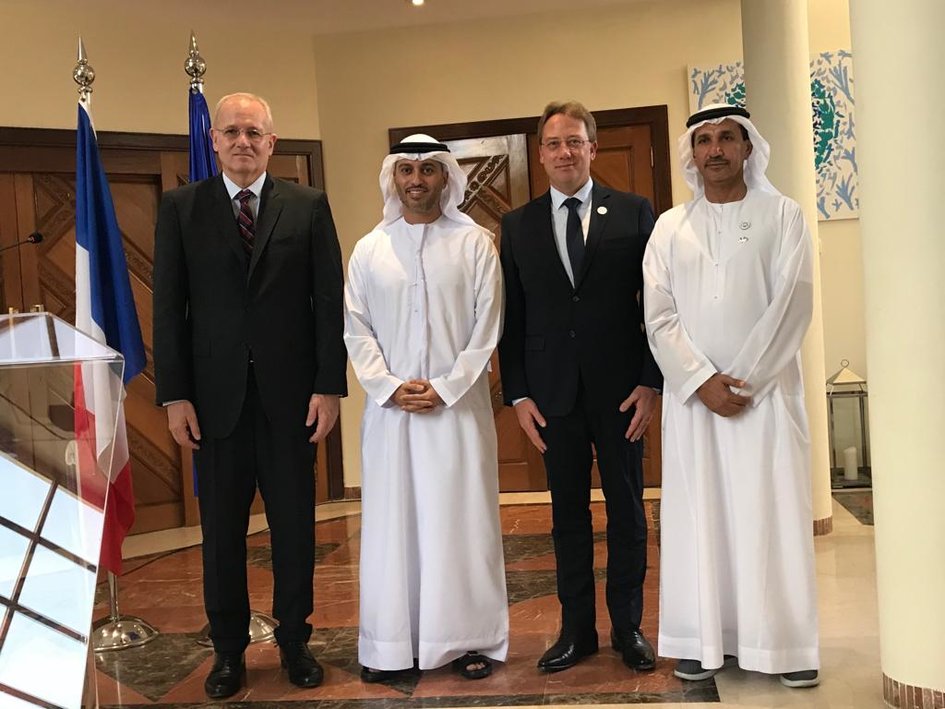 THE CNES : the first foreign space agency to open a representation office in the United Arab Emirates

It is the first time that a foreign space agency opens a representation office in the UAE. It is the result of the deepening ties between France and the United Arab Emirates in the field of space exploration.

In April 2015, only one year after the creation of the UAE Space agency, France has been the first foreign country to sign a memorandum of understanding with the Emirati agency and since that time, space cooperation became one of the pillars of the strategic dialogue between the two countries.

The partnership allows both countries to mutually exchange competencies and conduct common projects and aims to allow new missions to be developed jointly, fostering the emergence of a new generation of STEM (Science, Technology, Engineering and Mathematics) specialists and nurture new space-based applications, supporting economic development and a more sustainable society.

The last and most important project is the signature of an agreement on the occasion of the visit to the United Arab Emirates of the Prime minister of France, in February 2018, to develop jointly an Earth observation satellite to contribute to tackle climate change. 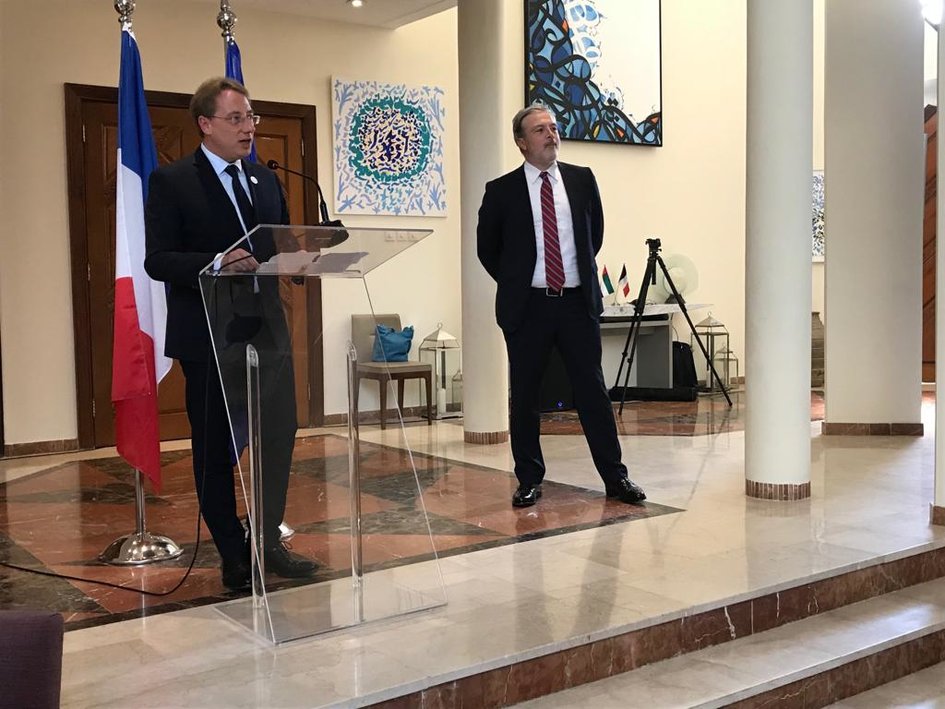 “Between France and the United Arab Emirates, universe is the limit!”

On the occasion, the Ambassador of France, H.E. Ludovic Pouille declared: “I am thrilled to welcome to the French Embassy in Abu Dhabi the representative of CNES to the United Arab Emirates. It is a major milestone in our space cooperation and a clear sign of the new status of the UAE earned on the space international stage. Between France and the UAE, I used to say that the sky is the limit. Now, I can say: the universe is the limit!”

Mr. Jean-Yves Le Gall, President of CNES, the French space agency, said : “To lead this endeavour to invent the future of space, we need to exchange ideas and try to see things differently. This is exactly what international cooperation and our partnership with the UAE is fostering at CNES. The historic partnership between France and the UAE is getting stronger and richer every day. I have no doubt that space will keep making a vigorous contribution to our countries’ cooperation.”