Home > Meeting between Mr. President Francois Hollande with His Highness (...)

H.H. Sheikh Mohamed bin Zayed affirmed that the UAE under the leadership of President His Highness Sheikh Khalifa bin Zayed Al Nahyan is keenly interested in maintaining strong and solid relations with France as well as in coordination with it on matters of common interest. 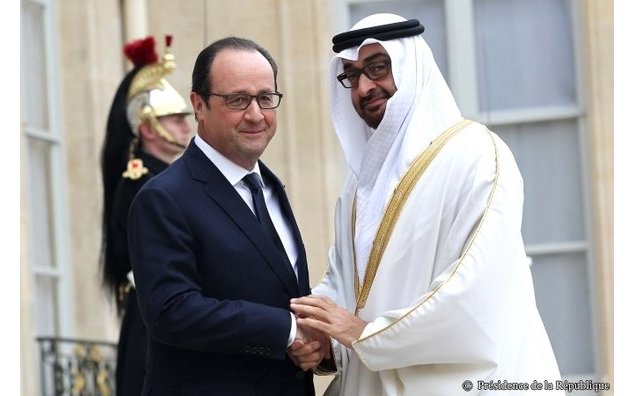 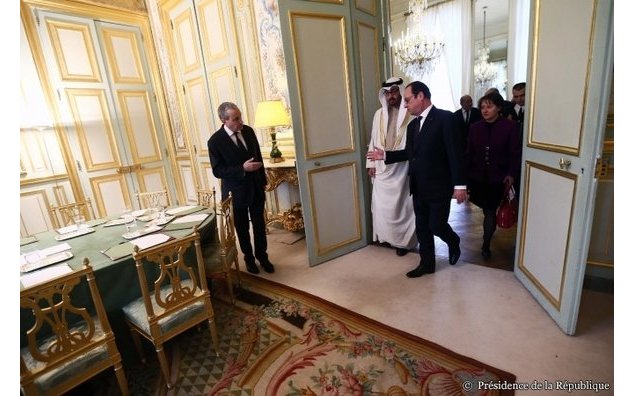 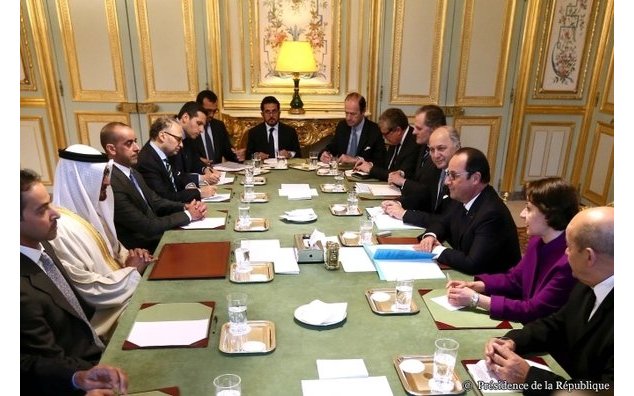 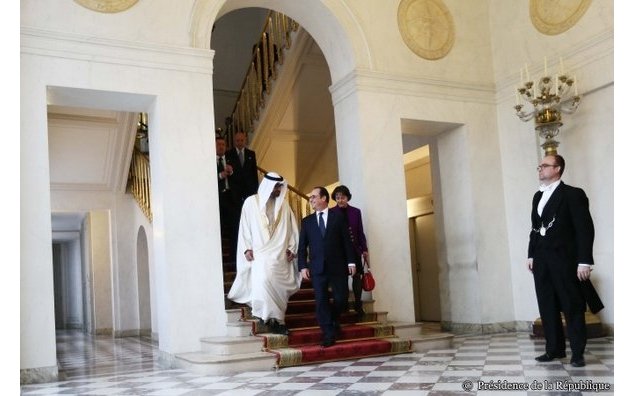 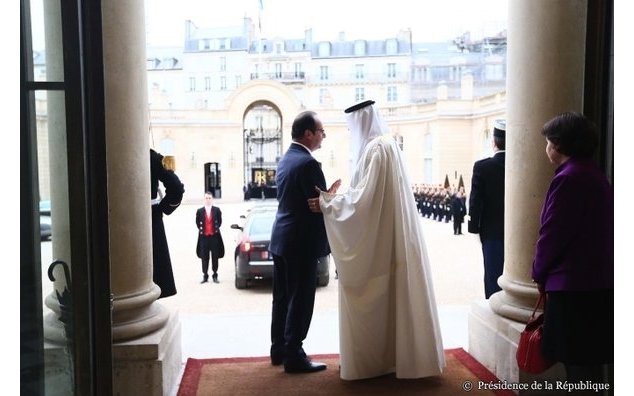 Affirming the UAE’s solidarity with France in the wake of the terrorist attacks, H.H. Sheikh Mohamed bin Zayed renewed the UAE’s commitment to its role as an effective partner against terrorism and extremism in the region.

The Crown Prince of Abu Dhabi also expressed his confidence that the region will see an era of prosperity after countering the dangers of extremism and terrorism.

Looking into the unique existing relations between the UAE and France, H.H. Sheikh Mohamed bin Zayed and the French president expressed their desire for further growth and development of the economic, investment, cultural and civilisational relations, and noted that they look forward to opening the cultural projects including the Louvre-Abu Dhabi Museum.