The minister for Europe and foreign affairs and his counterpart exchanged views on the regional crises. With respect to Iran and the situation in the Gulf, Jean-Yves Le Drian and his counterpart reaffirmed their joint determination to work toward a de-escalation and to continue the fight against Daesh. With respect to Libya, Jean-Yves Le Drian and his counterpart underscored the need to swiftly implement the priorities outlined in the conclusions adopted in Berlin on January 19, notably the launch of an inter-Libyan dialogue involving all of Libya’s neighbors and regional partners. 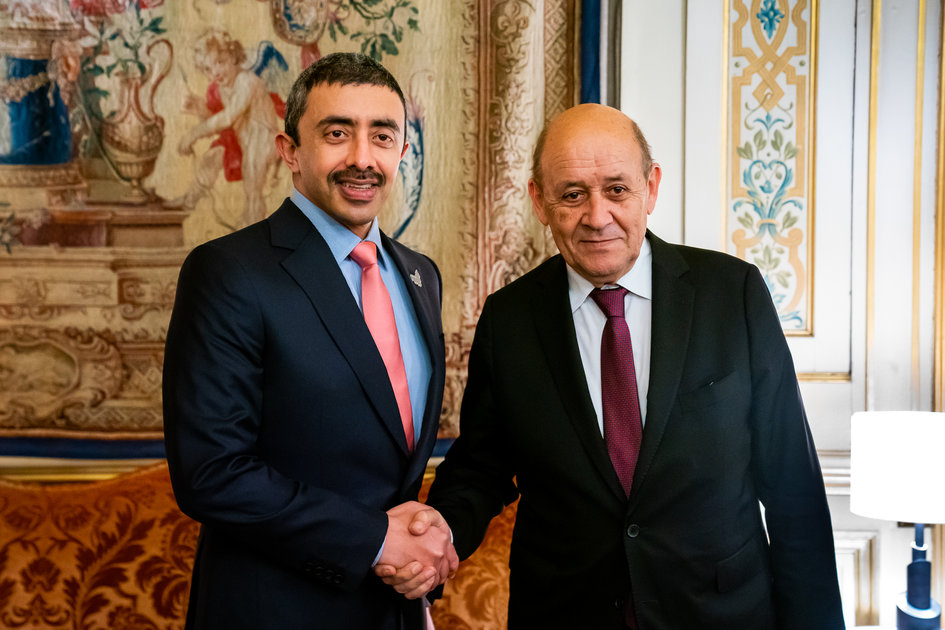 This meeting also provided an opportunity to take stock of the special partnership between France and the UAE, and to examine several initiatives aimed at strengthening it, notably in the cultural and academic spheres. With respect to academic cooperation, the two ministers reaffirmed their joint commitment to making Sorbonne University Abu Dhabi a regional center of excellence and welcomed the creation of the Sorbonne Center for Artificial Intelligence, due to be inaugurated on January 26, 2020.