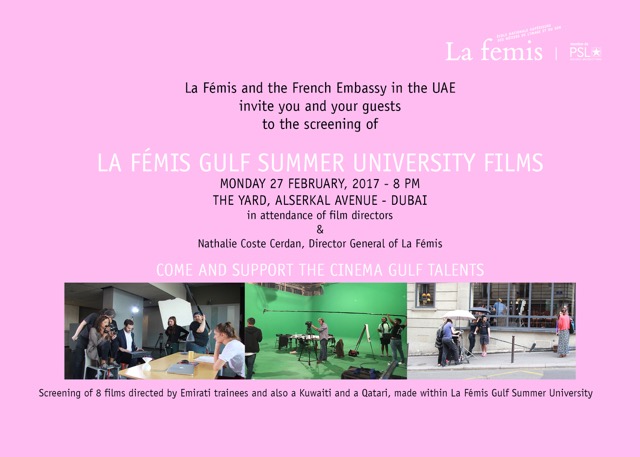 La Femis Gulf Summer Universtiy is an intensive training program for aspiring young filmmakers from the Gulf region. For five weeks if Paris in August, selected filmmakers are enriched with theoretical and practical filmmaking knowledge and gain insight into the film industry through interaction with French filmmaking professionals. At the end of the training, filmmakers direct a five-minute film, based existing scripts.

Today, we are very pleased to show you film made within this program in the last 3 editions, directed by Emirati trainees and also a Kuwaiti and a Qatari. Some trainees chose the same script for this filming exercise, but made very different interpretation of it. 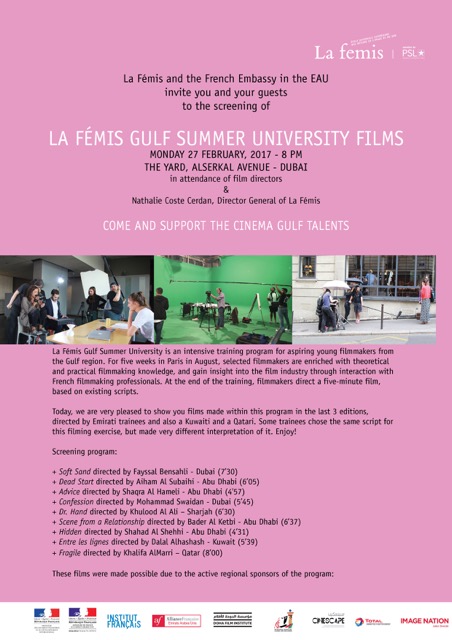