European Maritime Awareness in the Strait of Hormuz (EMASOH): political statement by the governments of Belgium, Denmark, France, Germany, Greece, Italy, the Netherlands, and Portugal (20 January 2020) 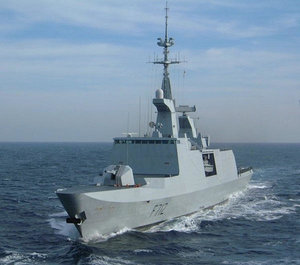 Rising insecurity and instability have been witnessed in the Gulf and the Strait of Hormuz in 2019 with multiple maritime and non-maritime incidents as a result of growing regional tensions. This situation has been affecting the freedom of navigation and the security of European and non-European vessels and crews in the area for months. It has also been jeopardizing trade and energy supplies with potential worldwide economic consequences.

Recent developments in the Middle-East are extremely worrying as they fuel tensions and increase the risk of a potential large-scale conflict with consequences in the whole region. This context calls for enhanced de-escalation initiatives to stop the ongoing trend.

Sharing the assessment that the current situation in the Gulf and the Strait of Hormuz remains unstable in a region critical to global stability, and supporting the de-escalation approach when it comes to dealing with regional security issues, the Governments of BELGIUM, DENMARK, FRANCE, GERMANY, GREECE, ITALY, THE NETHERLANDS, AND PORTUGAL politically support the creation of a European-led maritime surveillance mission in the Strait of Hormuz (EMASOH). We welcome any contribution in kind as already declared by DENMARK, FRANCE, GREECE, and THE NETHERLANDS to this effort and look forward to further commitments in the coming days.

In complementarity with existing maritime security efforts and initiatives in the region, including IMSC, EMASoH aims to ensure a safe navigation environment and to lower the existing tensions in the region.

In full accordance with international law, including the United Nations Convention on the Law of the Sea (UNCLOS), the mission will concretely provide enhanced maritime situation awareness and surveillance through the deployment of additional maritime surveillance assets in the Gulf and Arabian Sea. We are grateful to the UAE for offering to host the mission HQ on their territory.

EMASOH will constitute a useful instrument in safeguarding the freedom of navigation by ensuring adequate coordination and information sharing mechanisms with all partners operating in the area, including the maritime industry. Moreover, EMASOH aims to foster de-escalation and to complement vital diplomatic efforts aiming at ensuring increased stability and an inclusive regional dialogue in a critical context.