UN Women — together with the European Commission, Belgium, France, Mexico, as well as in partnership with Cartooning for Peace — is organizing a global comic and cartoon competition to mark the 25th anniversary of the groundbreaking Beijing Declaration and Platform for Action, which set out how to remove the systemic barriers that hold women back from equal participation in all areas of life.

Remember : the Generation Equality Forum is taking place in Mexico and paris

To commemorate the anniversary of the Beijing Declaration, UN Women has launched the multigenerational campaign, “Generation Equality: Realizing women’s rights for an equal future”, and will be convening a global gathering for gender equality, the Generation Equality Forum, co-chaired by the Governments of France and Mexico, with the leadership and partnership of civil society.

The Forum will kick-off in Mexico City at the end of March 2021 and culminate in Paris, France, in early June 2021.

The Beijing Declaration and Platform for Action is a visionary agenda for the empowerment of women and girls, everywhere.

As a global public conversation for urgent action and accountability for gender equality, the Forum will celebrate the power of women’s rights activism, feminist solidarity, and youth leadership to achieve transformative change. 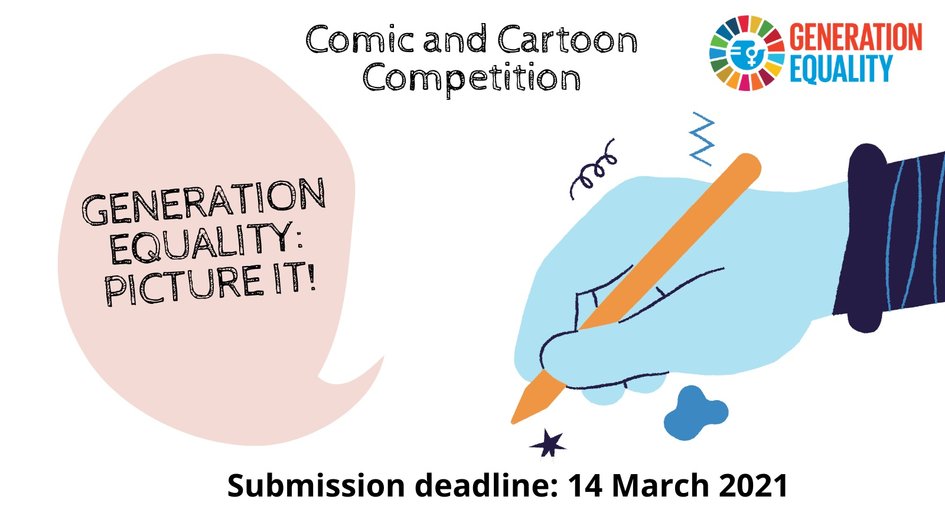 You believe in gender equality and realizing women’s rights for an equal future.

You want to express your vision of a gender-equal generation in a drawing.

Unleash the power of your creativity and PICTURE IT!