On 2nd November, 2019, H.E. Ludovic Pouille, Ambassador of France to the UAE launched the UAE side of a worldwide French campaign: “Choose France” dedicated to international high school and bachelor students 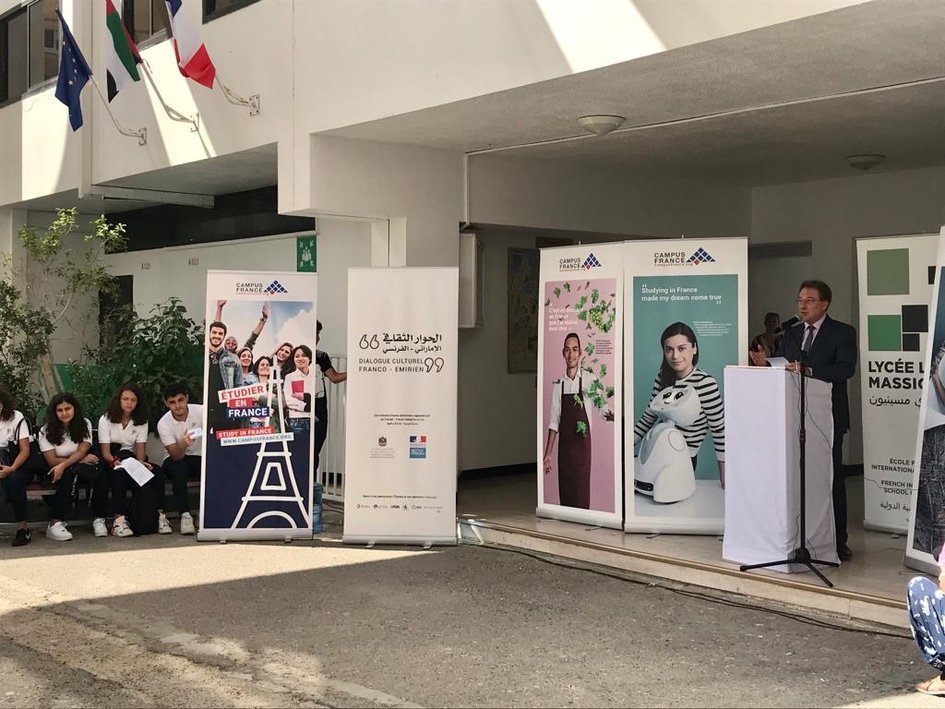 The aim of the French authorities, with the “Bienvenue en France / Choose France” strategy, is to double this figure within the five coming years thanks to a massive strategy based on 5 pillars:

3. Very low tuition fees in French universities: the cost-competitiveness of French Higher Education has no equivalent (tuition fees for one year in a French public university if you are international student is only 9300 AED at a Bachelor level)

4. Triple the scholarships offered to the best selected international students (reminder: in the UAE, the French Ministry of Foreign Affairs and TOTAL jointly support Emirati citizens willing to study in top-ranking French institutions) 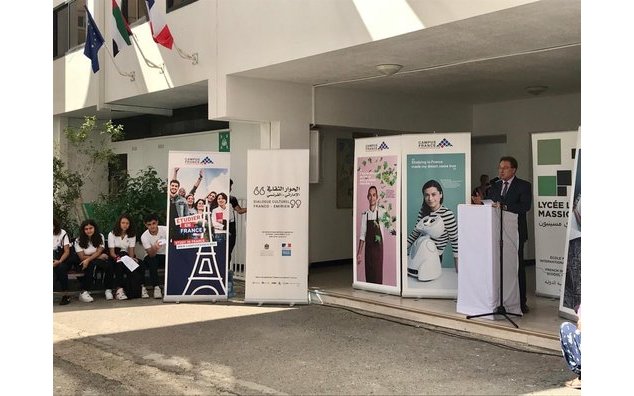 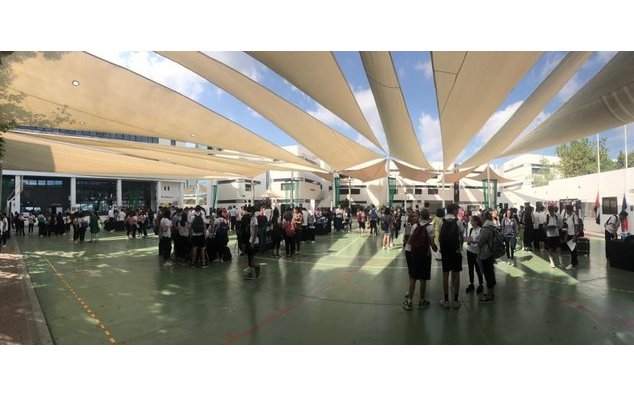 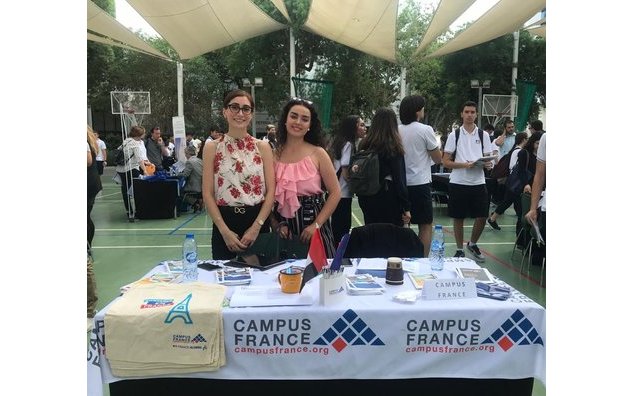 On that occasion, the Ambassador of France declared : “I am very happy to present the “Choose France” strategy in the Lycée Louis Massignon, one of the 7 French schools of excellence located in the UAE. Education is a key part of the partnership between France and the UAE and francophonie is growing with the UAE becoming member of the Organisation internationale de la Francophonie last October. That is why the strategy “Welcome to France”, aiming to double the number of foreign students studying has an important role to play locally. Whereas you want to work in the aeronautics or in a fancy bakery,In architecture or in agro-tech, studying in France will help you make your dream come true!”

The campaign was launched on the occasion of an orientation student fair organized in the Lycée Louis Massignon in Abu Dhabi, flagship of the French schools in the United Arab Emirates. 18 French institutions from France but also from Bahrein and from the UAE were gathered to present their programs and prove that France has a very large offer in higher education, from Osteopathy (alternative medicine) to aeronautics, from Digital engineering to Political sciences and Diplomacy, from Philosophy to Business, from Supply chain to Law…

The 400 future graduates attended a series of roundtables, in order toget the tools to study in France next year. The “Bienvenue en France/Choose France” campaign showcases 12 portraits of international Alumni. Each of the attendees of the event could easily identify herself/himself with one of these successful alumni. “Why not me in 5 years? », wondered a young woman, thinking of working in Port Activities in the UAE, after a Master degree in EM Normandy, the second oldest business schools in France, based in Le Havre.

A representative of Campus France recently settled in Dubai in Alliance française’s premises, to follow the campaign and welcome those thinking on joining the French Higher Education system.