The 10th session of the UAE-France Strategic Dialogue, co-chaired by His Excellency Khaldoon Al Mubarak, Chairman of the Executive Affairs Authority of Abu Dhabi, and His Excellency Maurice Gourdault-Montagne, Secretary General of the French Ministry for Europe and Foreign Affairs, took place in Abu Dhabi on 18 April 2018

Both sides followed up on key outcomes from the official visits to the UAE by the President of the French Republic, Emmanuel Macron, on 8-9 November 2017 and Prime Minister Edouard Philippe on 10-11 February 2018, during which meetings were held with His Highness Sheikh Mohammed bin Rashid Al Maktoum, Vice President and Prime Minister of the UAE, and Ruler of Dubai, and His Highness Sheikh Mohamed bin Zayed Al Nahyan, Crown Prince of Abu Dhabi and Deputy Supreme Commander of the UAE Armed Forces.

The Strategic Dialogue involved discussions on key sectors of bilateral cooperation, such as economy, trade & investment, oil & gas, nuclear and renewable energy, education, culture, health, space, and security. The Dialogue also included an update on the UAE’s preparations for Dubai Expo 2020, as well as France’s participation and theme of its Pavilion.

In addition, the Strategic Dialogue included a productive discussion on strategic issues of regional and international significance. The UAE and France reaffirmed their commitment to expand regional security efforts, particularly in the field of combatting extremism and terrorism. In this regard, the UAE welcomed France’s initiative in hosting the Paris Conference to Combat Terrorism Funding, taking place on 25-26 April 2018, and to which the UAE has confirmed its participation. 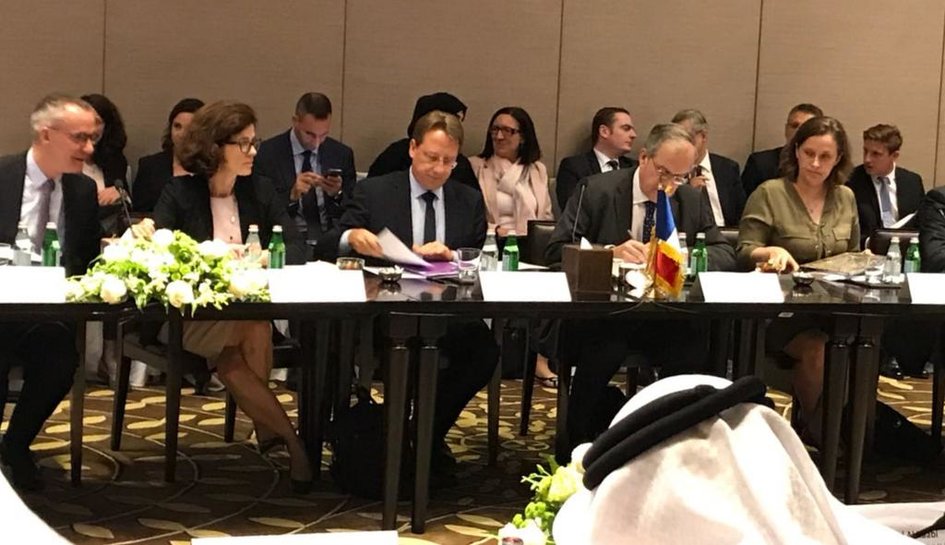